Have a question? Don’t sweat it. Check out out FAQ’s below.

Is this some kind of a joke? 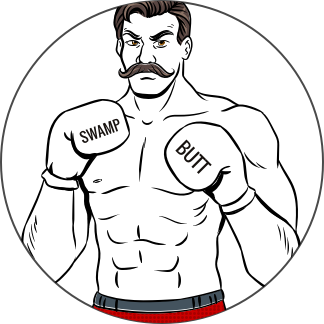 What kind of question is that? That’s some nerve you’ve got. SwampButt Underwear™ is a real business. SwampButt Underwear is owned by real people, well-rounded people, who have their own pets, cars and memberships in many fan clubs. And these are all the questions we have been asked to frequently answer. Like a lot of times.

Yes, SwampButt Underwear™ is really trademarked. And it was really expensive. So please honor the trademark because if you try and rip us off our lawyers will descend on you. Ms. Emily Blassengame and Mr. Ezra Goldman are ready.

What happens if I don’t buy anything?

The children of the owners will not go to college, have nice weddings, clothes, food, or school supplies. The houses they live in will be foreclosed on. And their pets will be in shelters.Bankers will live where there families did while they live under bridges. And life under a bridge sucks real hard; you can’t even get mail.

No happy ending there, not for anyone. So for the love of Gawd, buy something.

Do you ever sleep in your SwampButt Underwear?

Well, I start off with them on when I get into bed, if you know what I’m trying to say.

How many pairs of SwampButt Underwear do you recommend buying?

Does the alligator in the SwampButt Underwear logo have a name?

Rufus is his preferred name. He has also been called SwampButt McSwampface, but that really never caught on. If you buy a SwampButt Underwear t-shirt then you can call him anything you want. Except Mildred. He hates that.

Where else I can buy SwampButt Underwear?

Just at this here website. All your friends are doing it. Buy early. Buy often.

What makes your underwear better than the rest?

The material in SwampButt Underwear is made to draw sweat away from the skin. This is known as wicking. In addition to wicking, our underwear allows for greater air flow under and around the fabric, which allows sweat to evaporate quicker than traditionally made underwear.

These garments are manufactured to our specifications and are unique in the world of underpants or in parts of the world where underpants are worn.

Would you rather fly or be invisible? 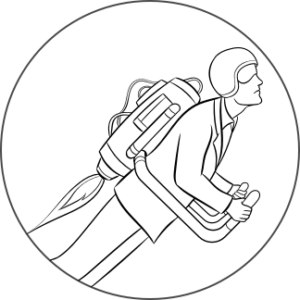 You do realize that giving 110 percent is mathematically impossible, right?

This isn’t math class and we are not engineers. So shut up and buy something!

So SwampButt Underwear cures Swampbutt? Is that overstated a bit?

It is a complete and absolute overstatement because we never claimed to cure anything. But we’ll fight like hell against the scourge of SwampButt. You won’t moisten that chair or stick to the fake leather any more.

Just like your favorite team in the big game, our underwear has moxie and heart and is willing to give 110 percent. Go (insert favorite team)!

Why don’t you sell women’s underwear?

Most of the women we know are fine wearing these. But at this time we don’t sell women’s underwear. But like I said, most women would look damn fine in our product. So buy a couple of pair and see for yourself. And buy a T-shirt. She’s awesome and she’s worth it.

You do realize that some people will pay big money for sweaty underwear?

Should I send back the underwear I need replaced?

Please God, no. Imagine if someone mailed you a pair of sweaty underwear that they had worn and needed replacing. We will take your word for it; do not send us underwear you’ve worn before.

Do you offer returns or money back if a customer is not happy with their purchase?

In some cases yes. Those who can return any UNOPENED packages can ask us to exchange them. However, we will not accept or exchange opened packages. The state of Texas prohibits returns of opened underwear.

What kind of guarantee does SwampButt Underwear offer?

We guarantee that you will be happy with your purchase. We also guarantee that every pair of SwampButt Underwear we sell has never been worn before. Ever. Same goes for the T-shirts.

Some great guys. You’ve never heard of them either.

Where is the SwampButt Underwear world headquarters?

SwampButt Underwear is based near Houston, Texas. It’s in a great town, but you’ve probably never heard of it. It’s surrounded by swampland with some really nice people. We’ve got a Starbucks and some nice Tex-Mex restaurants. And a place that has 99 beers on tap.

It’s a horrible condition, but you can’t say the product name without smiling. So buy something already. And tell your friends and family about SwampButt Underwear. And tell that guy at work who is kind of funny, but when you dig deeper you realize that he is really lonely. He could probably use a T-shirt at least.

Can you tell us more about the old family friend that you stole this from?

There was no stealing. Uncle Horatio and his lovely wife Praline adore us. They were ecstatic that we had joined them in the fight against the grim affliction known as SwampButt.

For centuries his family was excluded from society because of this debilitating condition, sitting in puddles of their own making and often thought incontinent. But now thanks to this amazing underwear we are finally winning. And we are all pleased to share these miraculous drawers with fine people such as yourself. The days of adult diaper rash will soon be behind you.

What was the inspiration for SwampButt Underwear?

One of our friends sweats a lot … like as much as three fat guys on the 4th of July in the middle of a forest fire. And it’s a wet stink. He makes noise when he walks and is always picking his pants out of his butt-crack.

Finally, we had enough, so we decided to help him out. And luckily Uncle Horatio, an old family friend, had already done a ton of research, so we leveraged his hard work. And now we’re helping everyone who suffers from the terrible affliction of SwampButt. So hurry up and buy something!

Do you think I have the SwampButt?

If you had to ask, then probably. And depending on where you live, you are likely already eat up with the SwampButt. But now you’re a couple of clicks away from getting the help you need. Congrats! You’re at the right place to buy SwampButt Underwear.

But seriously is SwampButt Underwear real or is this a joke?